What Is an Old Soul? A Brief Guide 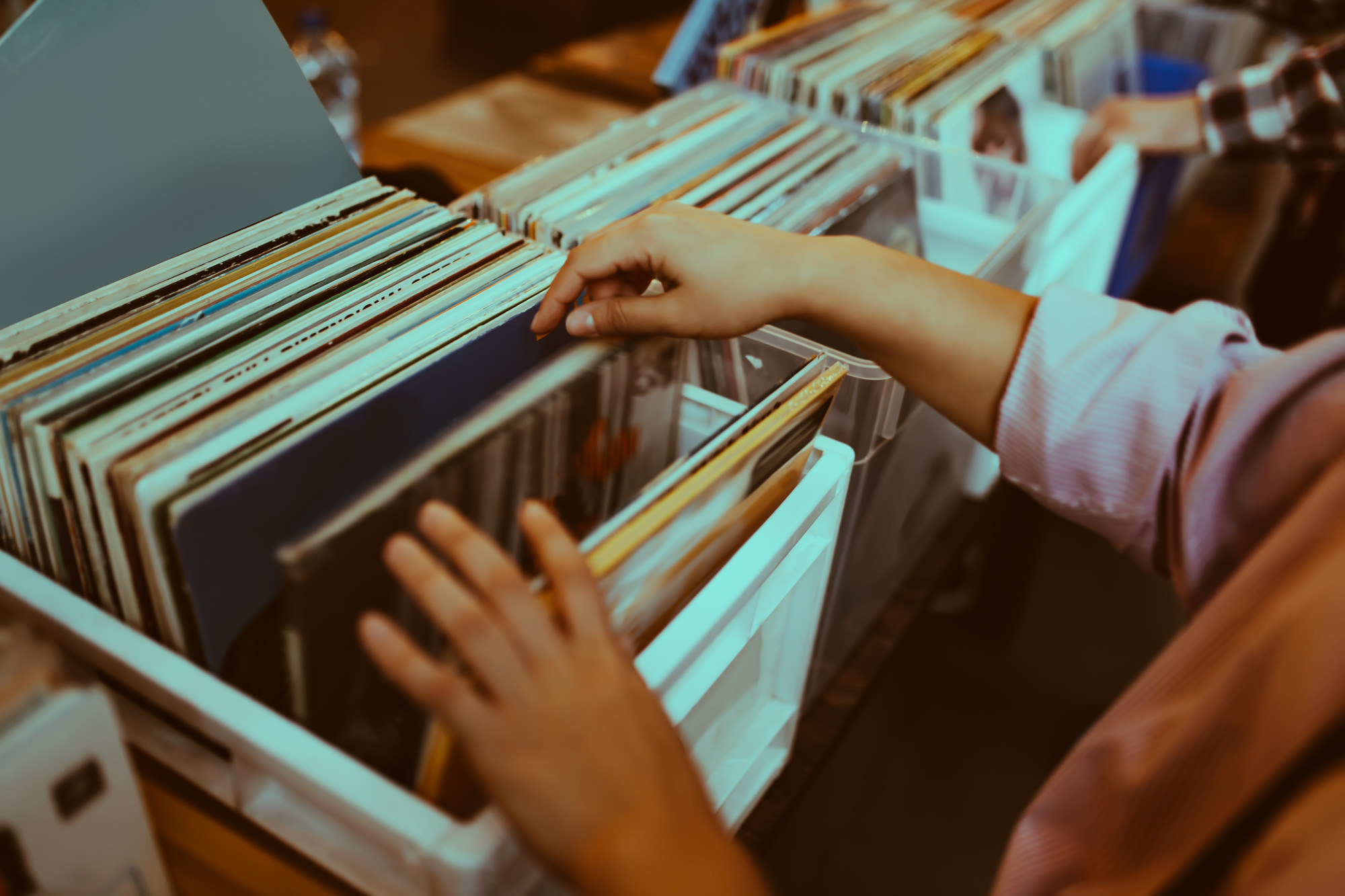 What Is an Old Soul? A Brief Guide

People often describe themselves as old souls for a reason. They feel like they've been around forever and have seen everything. The term is tossed around casually, but what does it really mean?

To understand the concept of an old soul, you first need to know about reincarnation. When someone dies, their soul moves on to another body or form to continue its journey through life.

This cycle continues until the person has reached enlightenment or moved up a level of consciousness - whichever comes first. In this article, you will learn everything you would want to know about old souls.

So get your notes handy and keep reading this in-depth article.

An Old Soul: A Brief Overview

The concept of reincarnation is ancient and has existed in nearly every major culture on earth.

Buddhists, Hindus, Native Americans, Zoroastrians. They all believe that the soul lives forever through many different forms. Even modern religions like Christianity acknowledge some form of eternal life or rebirth after death.

The idea exists not only in religion but also throughout history as a philosophy for living.

In Plato's allegory of the cave, Socrates describes what it would be like to come back over and over again as we search for truth: "Yes... you are quite right in saying that these do not know about the change I have undergone myself. At my first birth, I had true knowledge of these things and was not without intelligence about them, but it was later that I got this human nature and lay in the dark dungeon."

As we learn more about our past through history and archaeology, some of these historical figures may have been old souls as well.

For example, Socrates is thought to be a classic example of an old soul living out many lives before finally finding enlightenment on his deathbed. Many people believe he died at age 70 from drinking poisonous hemlock after being sentenced by the court for corrupting youth with his teachings on life outside society's norms. Specifically their idea that man should refrain from asking questions.

He believed knowledge could only come when one asks questions without fear or ignorance: "Wisdom knows how little we know."

Napoleon Bonaparte and Winston Churchill were also thought to be reincarnated souls who had been part of the same soul group. They moved from life to live together as they struggled against tyranny throughout history.

Napoleon was known for his charisma, strong leadership skills, and ability in battle during his military career. It lasted over a decade before he became ruler of France when he conquered Europe with his armies.

He led the French army into many victories on battlefields across Europe until finally defeated by a coalition at Waterloo. He then spent six years imprisoned without trial.

It's said that while in exile on St Helena Island off the South African coast, he told his attendants he would return to France. He wanted to reclaim the throne. He died in 1821 shortly before arriving on French shores.

This is when people again began calling him Emperor Napoleon I and crowned him ruler of France for a brief time until his death at age 51.
Churchill, who was Prime Minister during World War II, also had great leadership skills.

They suited him well throughout many different political positions. These include:

Many describe both men's lives as being filled with tragedy. They often talked about openly through their writing speeches. This is just like Socrates did when he spoke of his past lives.

The idea that we have lived more than one life is not a new concept. However, what is an old soul exactly? The phrase "old soul" seems to originate from modern spiritual groups that believe in past lives.

These groups often talk of "old souls" as if they were a separate class from regular people who have not lived many previous lives before this one. Thus, differentiating them by the age or stage at which they appear to be living their current life.

How to Identify Old Souls

In today's society, many use the term old soul to describe someone wise beyond their years. Many people believe that true old souls have a spiritual or empathetic connection with others. They are often seen as "old in spirit," even if they appear young at first glance.

While past life regression therapy can help you discover your previous lives, some signs may indicate whether you're an old soul yourself:

Many old souls have lived many previous lives where one did not always carry out their mission successfully. This means that some may still be working on lessons they failed to master last time around!

Old souls should keep this in mind when trying to complete certain tasks within, such as becoming less selfish, learning to love unconditionally, and becoming more empathetic towards other people.

What Common Spiritual Problems Do Old Souls Come Across?

Old souls often feel as if they don't fit in with society because of their differences. They tend to have difficulty fitting into a "regular" job and learning how to act like everyone else around them. This leaves many feeling isolated from the rest of humanity.

Because these people were born at such unusual times or places (such as during wartime), they may also find it hard to relate to others' struggles.

This is because most people haven't experienced what it's really like living through tough situations. Something old souls know all too well after facing numerous difficulties themselves!

Old souls should remind themselves that there will always be those who doubt their abilities. The true greatness among them is whether others recognize this truth or not.

They should also try to take comfort in the fact that feeling different is a sign of their past lives and their uniqueness. Something they can celebrate rather than feel ashamed by!

Old souls often have difficulty when it comes to completing tasks and learning lessons. Especially those who were born at unusual times or places where certain situations are just unheard of.

Instead of becoming mired in these setbacks, old souls must keep in mind that there's always more work for them to be done on themselves throughout this lifetime. Even if they've failed several times before, during other lifetimes, success will come eventually.

This is true because true greatness requires many attempts until one gets things right!

Having lived numerous previous lives has given old soul individuals a unique perspective on the world. Others may not understand.

They should try their best not to isolate themselves from society because they feel like they don't belong there. They must embrace who they are rather than trying so hard to fit in with everyone else!

Old souls must also remember that while it's okay for them to honor all of the lessons learned during past lives (which can make these individuals appear wise beyond their years), this doesn't mean success will come easily when attempting certain tasks such as becoming less self-centered or learning how to give love unconditionally.

In fact, many old souls have failed at completing such goals before. Even though a simple mistake shouldn't deter one from continuing onwards towards greatness!

Those born under an "old soul" are those who have resided in many previous lives. This means that they've experienced many hardships, difficulties, and other struggles. This has given them an advanced sense of understanding when it comes to the world around them.

They should try not to feel ashamed by their differences from others because such uniqueness is actually a sign of old souls' past life experiences and one's true nature: something people can celebrate rather than be embarrassed by!

Old Souls must remember that even though some tasks may take more time than usual for these individuals due to past failures at completing similar goals during other lifetimes, success will eventually come with each attempt. For instance, how major accomplishments don't happen overnight!

What to Do if You’re an Old Soul

Have you asked, "Am I an old soul?", well, you might be onto something.

If you've felt something is out of place in this world, it's probably because you were actually born at a different time. You might have been born on another planet during many past lifetimes.

This may make fitting into society more difficult for old souls despite being inherently unique. This is due to their advanced state of understanding and wisdom, which others don't possess!

If being an old soul has led to feelings of isolation from most people around them, try not to be ashamed by such differences. Instead, embrace who you are while continuing your journey towards greatness like so many other lives before yours have done!

Old souls tend to wonder why there's so much pain in today's modern societies. However, these individuals should remember how everyone must go through tough times before experiencing joy and happiness in their lives.

Those born under an "old soul" need to keep trying at completing tasks that have been difficult for them in past lifetimes. This is true if such goals relate to working on oneself (such as becoming less self-centered or learning how to give love unconditionally). It should not involve those who require more experience within society.

Even though major accomplishments are a long way off for old souls, they must not be discouraged by failure. This is because history has shown that these individuals can eventually succeed.

If you feel alienated from most of the world around you due to your feelings of being different despite having lived numerous previous lives, know that this feeling is actually a signifier of who you truly are: the wisdom and experiences which separate you from others. Actually makes your life worth celebrating!

Don't be ashamed of being an old soul. Instead, try to embrace this aspect of yourself. Continue the journey towards greatness like so many other lives have done before yours.

An Old Soul Made Anew

An old soul should not be ashamed of its unique nature. It only represents who they truly are: a sign of wisdom and experience that separates them from others.

Achieving major accomplishments may take more time for those old souls, but it can be mitigated. The past has shown these individuals can eventually succeed with each attempt. Every journey must start somewhere!

If you're interested in learning more about your past self or determine how you can use your "old soul" to your benefit and the benefit of the world, get in touch with us, and we will accommodate your needs.

Tags
old soul
What is an Old Soul?