What Is a Spiritual Empath? The Facts, Revealed 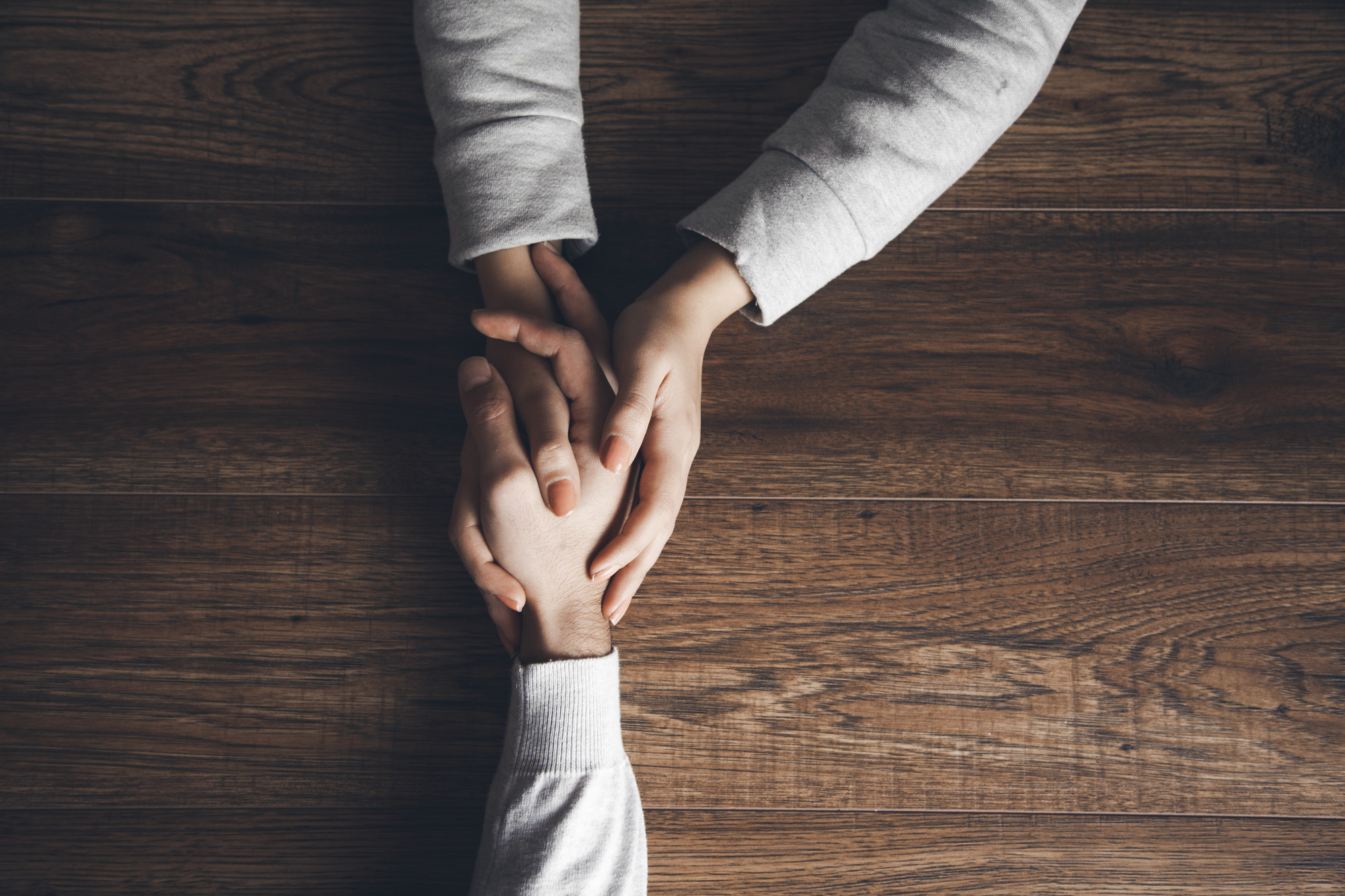 What Is a Spiritual Empath? The Facts, Revealed

We live in a world where we are constantly bombarded with other people's emotions. The empaths among us feel these emotions the most acutely, and they often find themselves overwhelmed by them.

However, the spiritual empath is one of the rarer types of empaths. This means that their empathic abilities extend into spirituality as well! What does it mean to be a spiritual empath?

In this article, we will cover everything you need to know about the energy and feelings of an empath. This is so you can draw parallels between the characteristics and your own life.

Read on for some facts about what being spiritual EMPATH entails.

Who Is a Spiritual Empath?

A spiritual empath is someone who has a heightened awareness of the emotions and feelings of other people. They are also very attuned to their own internal emotional state - some might say they have finely tuned intuition or gut instinct.

A spiritual empath sees into another person's soul. This can be both an amazing gift and cause them great pain if they become overwhelmed by what they see there.

Furthermore, a spiritual empath may be able to perceive more than is possible for the average person. This can include people's thoughts, feelings, intentions, and emotions in ways that seem like their psychic abilities.

The ability to perceive more than is possible for the average person. This includes sensing presences or energies from other realms. These may appear like psychic abilities or "vibes."

A spiritual empath is usually someone with a deep sense of empathy who understands others better than most. They have an innate need to help them heal when they hurt, which often happens! They will work hard at understanding one another so that everyone involved feels heard and understood.

People who have this type of empathic ability tend to feel deeply and understand much more than the average person.

They will often need to help others and heal them. Thus, making it hard for an empath to find friends or relationships. This is because they're so focused on helping everyone around them rather than themselves.

A spiritual empath has emotional intuition and sensitivity that goes into realms beyond our physical. These are two of the key traits you should know about this type of empathic individual!

If You Think You Might Be a Spiritual Empath

Many signs may indicate if one is a spiritual empath. However, there's no way to tell definitively until somebody takes the time to do some deep introspection and self-work to understand themselves better.

The first step is to be able to identify the feelings in oneself. That way, one can determine whether or not they're a spiritual empath and what type of empathic ability they may have!

The Key Characteristics of a Spiritual Empath:

They feel other people's emotions more acutely than most. This might lead them into helping others by listening deeply and figuring out how best to heal their wounds.

The word "empath" is usually followed by an adjective that defines any additional abilities the person has. For instance, telekinetic, clairvoyant. So it isn't as simple as saying someone is just an emotional empath, because there are many different types of empathy.

The ability to perceive more than is possible for the average person, which includes sensing presences or energies from other realms. These may appear like psychic abilities or "vibes."

Feeling another person's pain, but not necessarily feeling it as their own. Empathy can be an all-encompassing experience that has much less to do with how one feels about what one's seeing.

This type of empathic individual will often find themselves overwhelmed by people's emotions. This is because they are so attuned to them even though a spiritual empath doesn't always feel empathy to the same degree as someone who does.

Working hard at understanding one another so that everyone involved feels heard and understood. It can make it difficult for an empath to find friends or relationships. This is because they're too focused on helping others rather than themselves.

It's also natural for spiritual empaths to work hard to understand their own sense of self. This can be challenging since they have such keen insight into other people.

How a Spiritual Empath Differs from Other Empaths:

There are many different types of empathy. This is just one type, which means that it isn't as simple as saying someone who has empathic abilities, spiritual or otherwise—will feel everything from the other person's perspective.

That would be impossible because there are so many ways that an empath can perceive another individual; for example, telepaths will sense what people think about, but they won't necessarily experience their emotions in any way.

An empath with a strong intuitive sensitivity may have some psychic-like visions, too. These might include sensing presences or energies from other realms, like ghosts or spirits! Granted, not all psychics see such things, while others often do have enhanced senses when picking up on vibes around them.

The key to understanding what a spiritual empath is, then, would be in their ability to feel other people's emotions more acutely than most and the heightened awareness of the emotions and feelings in others that come with it. This might include sensing presences or energies from other realms, like ghosts or spirits!

A psychic who has a strong intuitive sensitivity may also have some psychic-like visions: these could consist of sensing presences or energies from other realms, such as ghostly entities.

And while we're on the subject of psychics, not all psychics actually see into realms beyond our physical body. Those who do often experience enhanced senses when it comes to picking up on vibes around them.

For example: if one is in a crowded room with lots of people, they might feel more anxious or irritated than the average person.

Consequently, it can be challenging for a spiritual empath to better understand their own sense of self. This is because empathy has been woven deeply into their personality from birth.

What to Do If You're an Empath?

There are many ways to help if you're an empath, and we must take care of ourselves first so we can then reach out to others. Here are some suggestions!

Spend time with people who love and appreciate you—this will allow your empathy to balance itself by grounding yourself in the good things in life.

Try practicing self-care techniques like meditation or yoga. Both of these practices have been shown to increase one's sense of well-being as they work on balancing energy flow within their body.

Take a break from overstimulation when necessary (friends' arguments, social media posts) - remember that everyone is entitled to their own opinion, but not all opinions need our validation or attention.

Learn about your empathic ability and work on developing it to better understand what you're capable of.

Understand that every type of empathy is different, so don't feel like there's an "either-or" situation going on here. Just because someone has one type does not mean they can't have another! There are many types of empaths.

How to Protect Yourself as a Spiritual Empath

For a spiritual empath, it's important to learn more about being an emotional and psychic empath—this will help them understand their empathic nature better

It may be necessary for the person to distance themselves from draining or abusive others. This can make it challenging if they experience empathy as feeling what another is going through but not always seeing things in the same way.

This type of situation could lead to confusion within oneself, which would trigger anxiety or depression. Thus, keeping a healthy perspective on one's own emotions is essential.

One should also work hard at understanding oneself because of how attuned they are with other people! A spiritual empath should explore introspection and self-work to understand themselves better, in addition to the world around them

Remember to take time for self-care and spend it with people who love you. This will help balance out the empathy that one feels, which can sometimes feel overwhelming.

Spiritual empaths are often open to more psychic attacks, so it's important to be mindful of the types of energies they are surrounded by or reading.

This is because a spiritual empath's aura will often not reflect who they truly are, and this can make people who love and appreciate you. This will allow your empathy to balance itself by grounding yourself in the good things in the life of what spaces they're entering so that they know how their empathic abilities may affect them at any given time.

It's important for an empath to be able to 'ground' themselves from feeling too much. It isn't always possible, but there are techniques available. For instance, yoga, meditation, and grounding exercises, that help provide balance

A spiritual empath needs opportunities where other people come before themselves. These emotional connections give meaning and purpose in life! This type of person also needs to learn how to give their time and energy to those who need it the most.

In summary, spiritual empaths are sensitive to other people's emotions and often feel what the person is going through.

They should care for themselves first before reaching out to others. It can be overwhelming, so we must take time for self-care with those who love us!

There are many ways spiritual empaths can protect themselves. For instance, grounding techniques and staying mindful of the energy they're surrounded by or reading.

If you're interested in a psychic reading or would like to learn more about spiritual empaths, get in touch with us, and we will happily accommodate your needs.