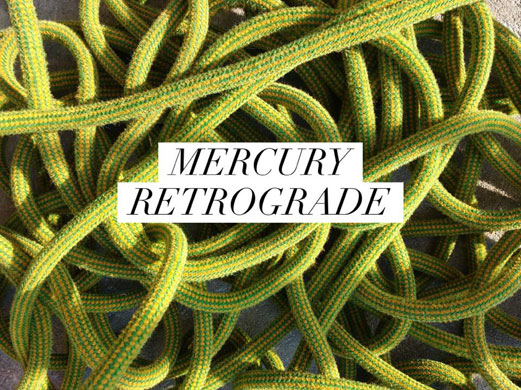 Mercury is the planet that rules communication, travel and technology. It can affect your car, electronics and relationships because of the strange energy. When Mercury is in retrograde, it affects people differently depending on numerous factors - including their astrological charts and how the people around them are affected. We always recommend planning ahead for chaos, double checking travel plans, triple checking any signed documents, waiting to switch technology and taking it extra easy. When you know Mercury retrograde is happening, you can plan ahead for crazy situations and use your planning to your advantage.

Mercury retrograde station is where Mercury actually looks like it stops before looking like it is headed backwards. This is when Mercury is officially in retrograde. Mercury station through Mercury direct are the dates that are usually quoted as Mercury retrograde.

Mercury went direct and Mercury Retrograde is over. Why is the energy still strange?