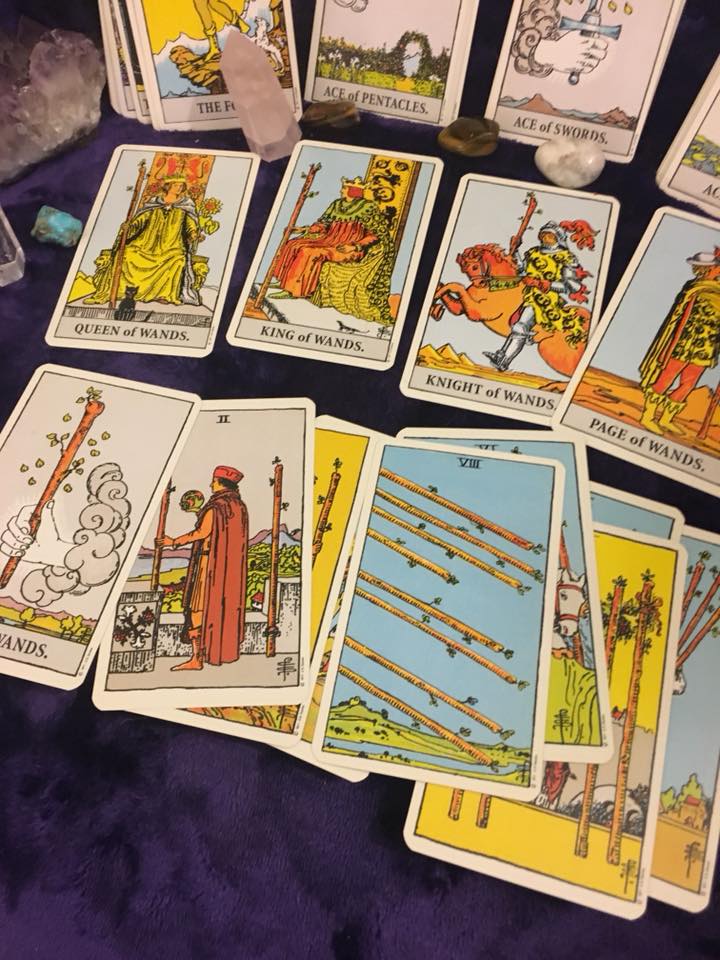 We are going to keep going over Tarot cards and their meanings for the next few posts. Tarot cards are an accurate way for readers to help clients. We have many readers who can help with relationships, business, life issues, the future, big decisions and most life questions.

In the Tarot card deck, there is the Major Arcana and Minor Arcana. The suits; Wands, Swords, Pentacles and Cups make up the Minor Arcana. Each of the four suits have Ace, Two, Three, Four, Five, Six, Seven, Eight, Nine, Ten. They also a Page, Knight, Queen and King - the Court Cards.

If you have a spread that is mostly Wands cards, you may be looking for direction, meaning and a greater spiritual purpose. The Wands showing up heavily in the reading may signal the first stage of a project or idea.

The Tarot card deck shown is the Rider Tarot Deck.