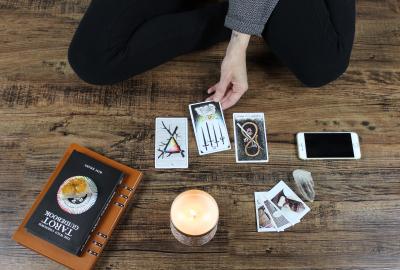 There are 78 cards in the typical Tarot deck, with 22 Major Arcana and 56 Minor Arcana. Of the Minor Arcana, one particularly interesting card is the Suit of Swords. A clairvoyant reading from one of our experienced psychics can find if this card presents itself for you. 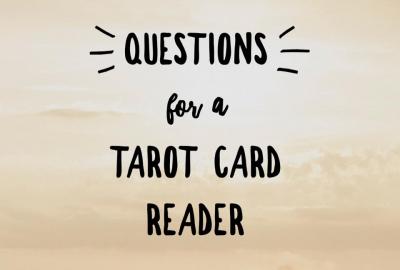 The best Tarot card readers will be able to tailor a psychic reading to you. You do not have to ask questions in a Tarot card reading, but questions do help focus on a specific issue versus getting a general reading. We have readers who are very comfortable reading with or without questions. Because we deal with mainly clairvoyant psychic readers, the readers are visual and descriptive in their readings providing an amazing experience over the phone.

When people call a telephone psychic line, they often want either a general reading or want the tarot card reader to focus on an area of interest. Tarot can be a great tool to use when searching for insight into the issues you may face. 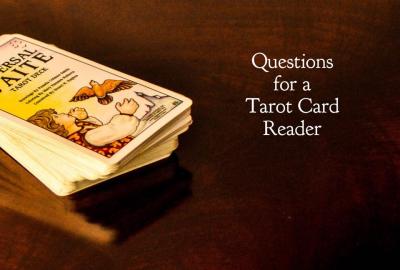 It is not required to ask a question during a Tarot card reading, but if you have a specific area that you want to focus on we do encourage you to ask. We tell the clients to be nonspecific with information they give to a reader. We also encourage open-ended questions - questions that require more than a yes or no answer. Yes and no answers are not good for a psychic reading because they do not allow for a good explanation of the entire situation. It is always a personal preference as to whether or not to ask a question in a reading. 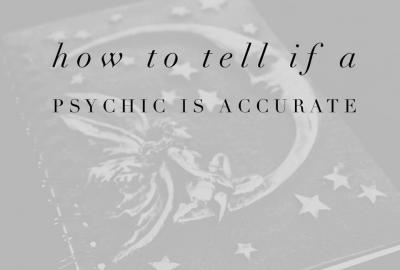 We do test all readers before they are allowed to read on our service. We are serious about our readings and we look for accuracy, a wide variety of personalities and tactfulness. We also look for kind readers who are easy to talk to and not intimidating. We know our clients call during stressful times and during vulnerable times. We want our clients to get lots of helpful information but also feel comfortable and get peace of mind with readings.

Psychic
Tarot Card Readings
What kind of questions can I ask in a tarot card reading?

Once you are in a psychic reading with any of our readers, you can ask any question or questions you want to ask. However, there are certain times where Tarot card readings are a better fit for a particular situation.

There are several different types of Tarot card decks. The most common Tarot Card decks the Major Arcana and Minor Arcana. The Major Arcana cards are The Magician, The High Priestess, The Empress, The Emperor, The Hierophant, The Lovers, The Chariot, Strength, The Hermit, Wheel of Fortune, Justice, The Hanged Man, Death, Temperance, The Devil, The Tower, The Star, The Moon, The Sun, Judgement, The World and The Fool. The Minor Arcana consists of four suits; swords, wands, pentacles and cups.

Clairvoyant
Tarot Card Readings
How do I know if a psychic reader is accurate?

When you are getting a psychic reading, it can be easy getting caught up in the moment.  We encourage our clients to listen to the psychic and take notes in the reading.  We feel that if a client takes notes he or she can look back on the psychic's predictions and advice in the future to help determine how good the reading actually was.  Sometimes a psychic tells a client something that he or she sees and the clients disagrees completely - only to find out later that the psychic was correct. Taking notes is one of the top ways to help you see whether or not a psychic is accurate.