Tarot Card Series: The Fours of the Minor Arcana 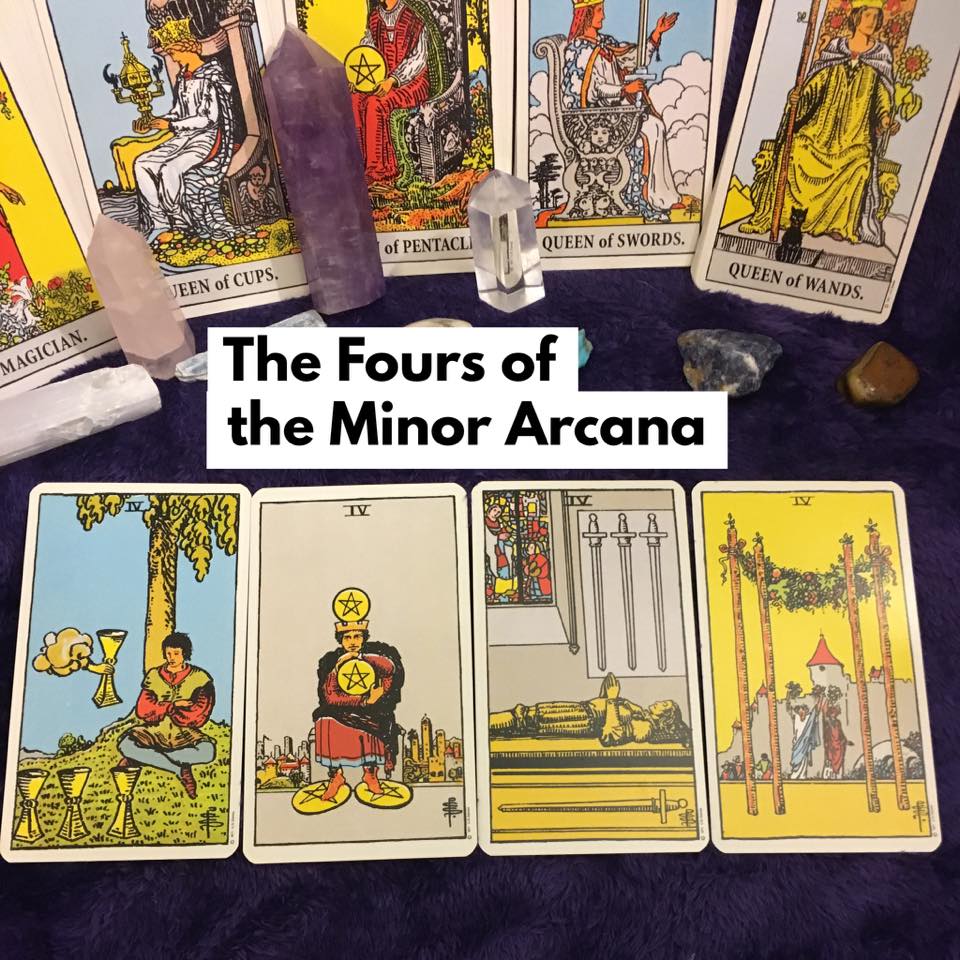 Tarot Card Series: The Fours of the Minor Arcana

Generally speaking, when the card is reversed in the spread, the card can mirror itself. Some people describe it as the negative version of the card, but it’s not always negative or opposite of the upright position. And, not all Tarot card readers use the different meanings between upright or reversed. Experienced and accurate Tarot card readers may have their own personal spin on the card meanings. Their own spin comes from years of practicing their readings and tailoring their cards with their intuition and clairvoyance.

The Fours of the Minor Arcana are all about perception, structure and stability.

The Four of Pentacles is about savings, security, stability and fear. Upright, the Four of Pentacles is about the protection of assets as your hard work is paying off. The person being read may be “penny wise and pound foolish”. The person being read my be hanging on to money because they are guarded from a past hardship. If they want to move forward, they will have to give up some control.

Reversed, the Four of Pentacles is about an overly materialistic individual. There is a core belief from the person being read that they will never have enough and they will always need more.

The Four of Swords is about rest and taking a break. The person being read is at an okay place to take a mental break. The rest or break can be in their relationship space or their work space. It can be needing a rest for health reasons such as surgery or an injury.

The Four of Wands upright is a positive card - one of the most positive cards in the Minor Arcana. This card calls for celebration after success. The person being read has had an opportunity that has been completed and it is time for celebration. There could be a new romantic partner who is loving. This card signals a time for happiness and joy.

Reversed, the Four of Wands is still positive. There may be a disruption of some sort, but there should be a positive result. It may also indicate it is time for a physical with your doctor - some health concerns could pop up.