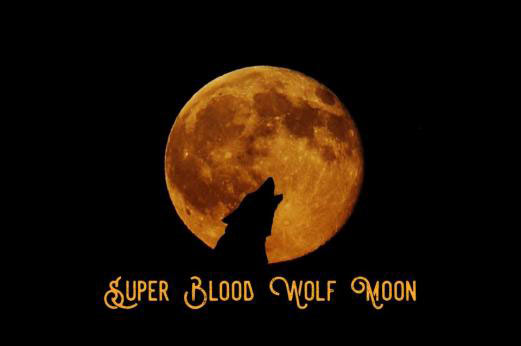 A rare Super Blood Wolf Moon/Lunar Eclipse takes place on the night of January 20, 2019. This celestial miracle combines the first full moon of the year (known as the Wolf Moon), a super moon (where the moon is closest to the earth), and a lunar eclipse (when the earth’s shadow blocks the sun).

The moon generally has a strong influence on your deepest desires, needs, emotions, personal truth, and fears. It is widely considered to be a feminine energy. During a Lunar Eclipse, the earth’s shadow blocks the energy from the sun (considered male energy); thereby enhancing the moon’s (considered feminine energy) power.

This spectacular celestial event takes place in the sign of Leo. Leo tends to be dramatic and should lend itself to revelations and surprising events - complete with revelations about people in positions of power behaving badly. People in power can refer to world leaders, your boss, a CEO, a teacher, a team leader, a parental figure, a lover, a soulmate, a coach, etc. Whatever is revealed will probably be dramatic and contain an element of surprise.