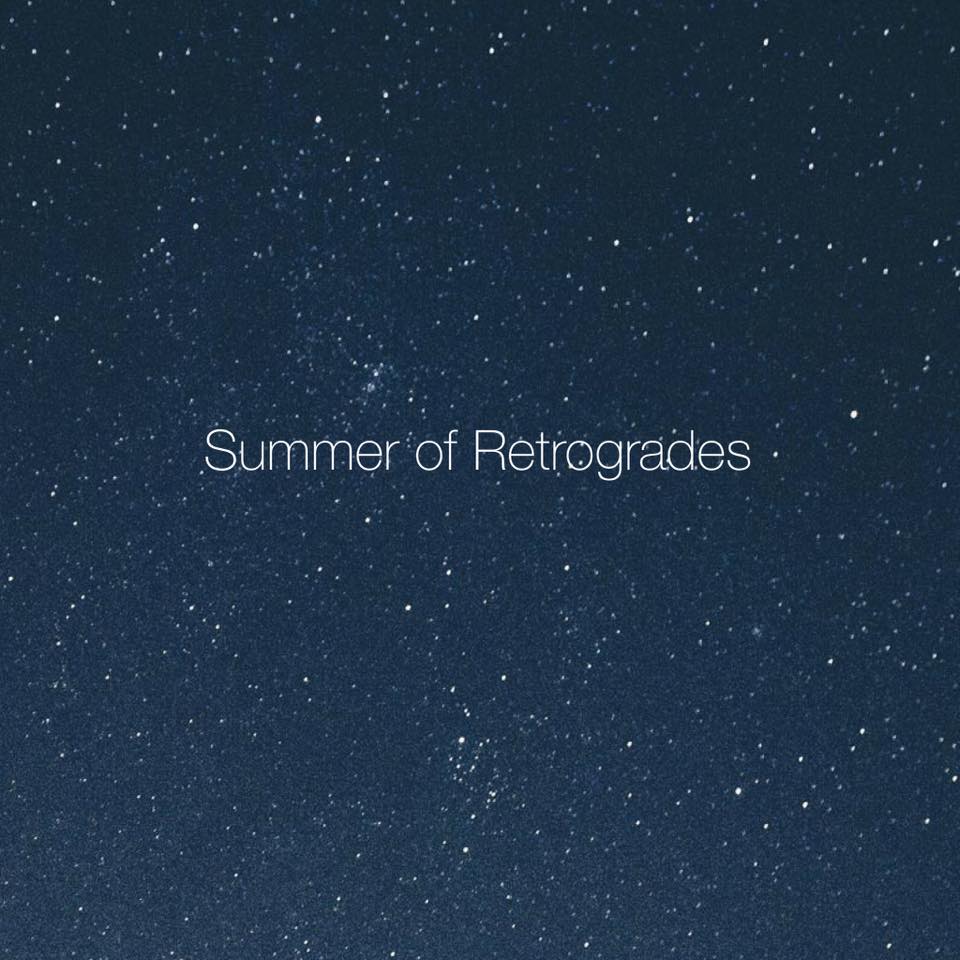 The Mars Retrograde in Aquarius runs from June 26, 2018 until August 27, 2018. Aries and Scorpio will be feeling this retrograde in a big way. Mars is an important planet for both of these signs. Mars is considered the God of War. All of us should avoid the tendency to put on blinders, charge ahead and take no prisoners. This is especially true for impatient Aries and suspicious Scorpios. It will probably be a good idea to “chill” and enjoy the summer. Avoid the strong impulse to get angry and cause havoc if you do not get your way. It might be a good time to avoid crowds because Aquarius influences humanity. Crowd-think has the potential to erupt in anger during this period.

The Saturn Retrograde in Capricorn runs from April 27, 2018 until September 6, 2018. Gemini and Sagittarius will probably be the most affected. Saturn is known as a stern teacher and taskmaster. This will generally provide an opportunity to review how you handle business. The focus should be on plans on how you handle finances, schedules, learn new skills as you work toward long-lasting success. If you ignore the lessons and opportunities that a Saturn Retrograde in Capricorn should provide, you do so at your own peril.

Pluto Retrograde in Capricorn will take place April 22nd until September 30th. This particular Retrograde will hit Virgo and Leo the hardest. It may force us to take a hard look at our relationships, make important discoveries, and take appropriate action in order to fix things. For example, if you are working too many hours and your family is suffering; this may be a good time to plan a vacation and completely disconnect from the outside world. If you are slacking off at work, it may be a good time to reach out for more responsibility. Ignoring work and personal relationship problems will not help you in the long run. Capricorn will usually teach you a lesson whether you want it or not.

The Neptune Retrograde will take place in Pisces June 18th through November 24th. This is quite a long time. If you are a Pisces, you should pay close attention to keeping a connection with reality during this period. Neptune is usually considered the planet of dreams. When this planet is in Retrograde it generally means that we have to pay attention to our deep-down needs, buried emotions, creative ideas, enhanced psychic abilities, and spiritual life. Your inner compass may demand some attention. You need to guard against withdrawing from the other areas of your life such as work because you are focusing on your inner self. The best remedy for the temptation to withdraw is to take your meditations and creative self outside. Put your bare feet on the ground and reconnect with mother earth.

The Mercury Retrograde will take place July 26th until August 19th in Leo. This will hit Libra and Cancer with the most force. Mercury Retrograde generally gets lots of coverage because it seems to come up at least three times a year. Since it affects communication, it is known to be a frustrating period. Be extra careful about text messages, new projects, computer downloads, schedules, transportation and starting new things. This Retrograde often makes life very difficult.

If your sign is not mentioned, this doesn't mean you're in the clear. If your sign IS mentioned and you're not having issues, it could be because of the rest of your astrological chart. Astrology is more than your sun sign. Depending on the rest of your chart, you may be feel the effects strongly or not.

If you have issues, we would love to help! Psychic readings are fun. Call us - we have amazing readers.