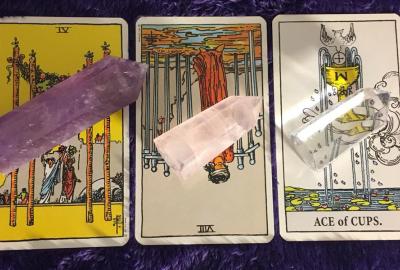 When doing a Tarot card spread, the psychic reader can choose to keep the cards in an upright position or translate the cards with the upwards and reversed positions. The upright positions represent the positive aspect of the card. The reversed positions represent the negative aspects of the card. The choice of reading style is up to the psychic reader. The reader may choose to just do the positive aspect depending on the client and their question or issue.