The Major Arcana in the Tarot Card deck 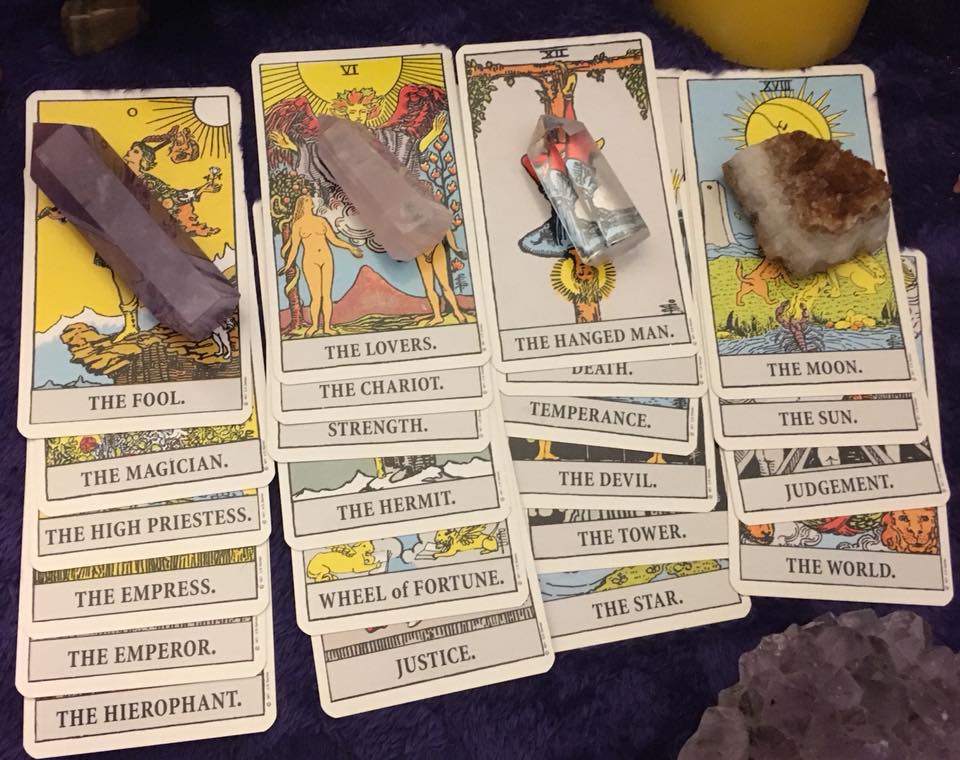 The Major Arcana in the Tarot Card deck

Here is a list of the cards in a Tarot deck that make up the Major Arcana:

The Fool, The Magician, The High Priestess, The Empress, The Emperor, The Hierophant, The Lovers, The Chariot, Strength, The Hermit, Wheel of Fortune, Justice, The Hanged Man, Death, Temperance, The Devil, The Tower, The Star, The Moon, The Sun, Judgement, The World