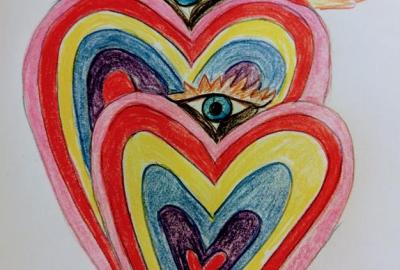 A Twin Flame relationship is different from a Soul Mate.  A Twin Flame is your other half - a mirror image.  Relationships with twin flames are often off and on again and again.  They are usually very passionate and may be quite painful.  A Twin Flame generally shows us who we really are and may cause all kinds of drama while you try to find your higher self.  A Twin Flame will probably help you expose love secrets that you did not even know existed.  This exposure and how you deal with the situation may be very interesting.  Everyone has heard the phrase - no pain, no gain.

What is a twin flame soulmate?  A commonly held explanation is that when your soul was formed, it was complete.  This "soul" was then split into two more completely and wholly different entities.  Greek mythology mentions that humans originally had four legs, four arms and one head that presented two faces. Humans were also considered to be three genders: men (sun), women (earth), and other (moon).  According to the story, humans possessed great strength and threatened the Gods.  In order to get rid of this threat Zeus supposedly split humans in half resulting in Twin Flames.