Understanding the Aura, and the intricate mental system that creates it 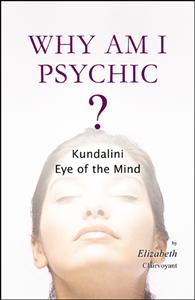 Understanding the Aura, and the intricate mental system that creates it

The aura is mental energy around every person that is created by one’s thought process, emanating around the physical body through the seven chakras, which connect man to man and man to the universe. It is through this mental mechanism a clairvoyant connects to a person’s mind that enables him or her to do a reading pertaining to past, present or future events. It is also through this mental process that a psychic can read another person through the energy vibrations of the person he or she is reading, like friend, boyfriend, husband, etc. It is also the white light of protection around everyone.

One’s thought process is determined by his or her level of thought consciousness. Each level of mind is found within the chakras that create the aura, which are the root chakra, navel chakra, solar plexus chakra, heart chakra, throat chakra, mind’s eye chakra and the crown chakra; each psychic center radiates a different color. The heart chakra is the psychic center where an individual resides the longest from lifetime to lifetime so the energy of the kundalini can be cleansed. Lower chakra system connects one person to another, and the higher mental system connects one to the universe.

When a person is clairaudient, which means to hear on the ethereal planes, he or she is functioning within the throat mind chakra and is why this level of mind is referred to as a psychic center. It is also at this level of mind people possess the abilities to create their own realities, and attain what they want on the physical plane or third dimension. That’s why this chakra is also called the center of creativity – mental creativity.

Always keep in mind that the chakras create the aura or mental body, which is the mental system clairvoyants function within. When a psychic person connects to an individual in order to do a reading, he or she connects to a chakra or psychic center of the person, because each center is a level of mind or thought consciousness. It is though this invisible mental system one feels the vibrations of another individual, etc.

A person doesn’t want his or her aura to be floating all over the place. This means that their thoughts are scattered, and the only thing people are creating is confusion in their lives and others. What one must strive to achieve is keeping the aura close to the physical body, which means thoughts are focused and there is clarity of mind. I’m sure that everyone has heard people say at one time or another, I am a mess. Well if they’re a mess, so are their auras. This can be easily remedied by meditating more and repeating the affirmation – I am the only thinker inside my head.

Keep in mind that the chakra system connects man to man and is how one communicates with another through mental telepathy, knowingly or unknowingly. Mental telepathy isn’t a belief anymore – it is a proven science; the extensive research was done at the Institute of Noetic Sciences in California.

Thoughts in people’s minds don’t always mean that they belong to them, and this also interferes with one’s aura. If a thought wonders into your mind that goes against your belief system push it out, because it doesn’t belong to you. This can be done by simply saying, stop – I am the only thinker inside my head. Keeping the aura or mental body healthy is another way in keeping the physical body strong and energized and this is extremely important for clairvoyants or anyone who does readings. Mental nutrition is as important as a healthy diet and the way to nourish your mind or aura is by repeating Positive Word Affirmations. Mental food will also help a person elevate in consciousness and keep the mind safe from the mental invasion of toxic thoughts, which creates a psychic energy drain.